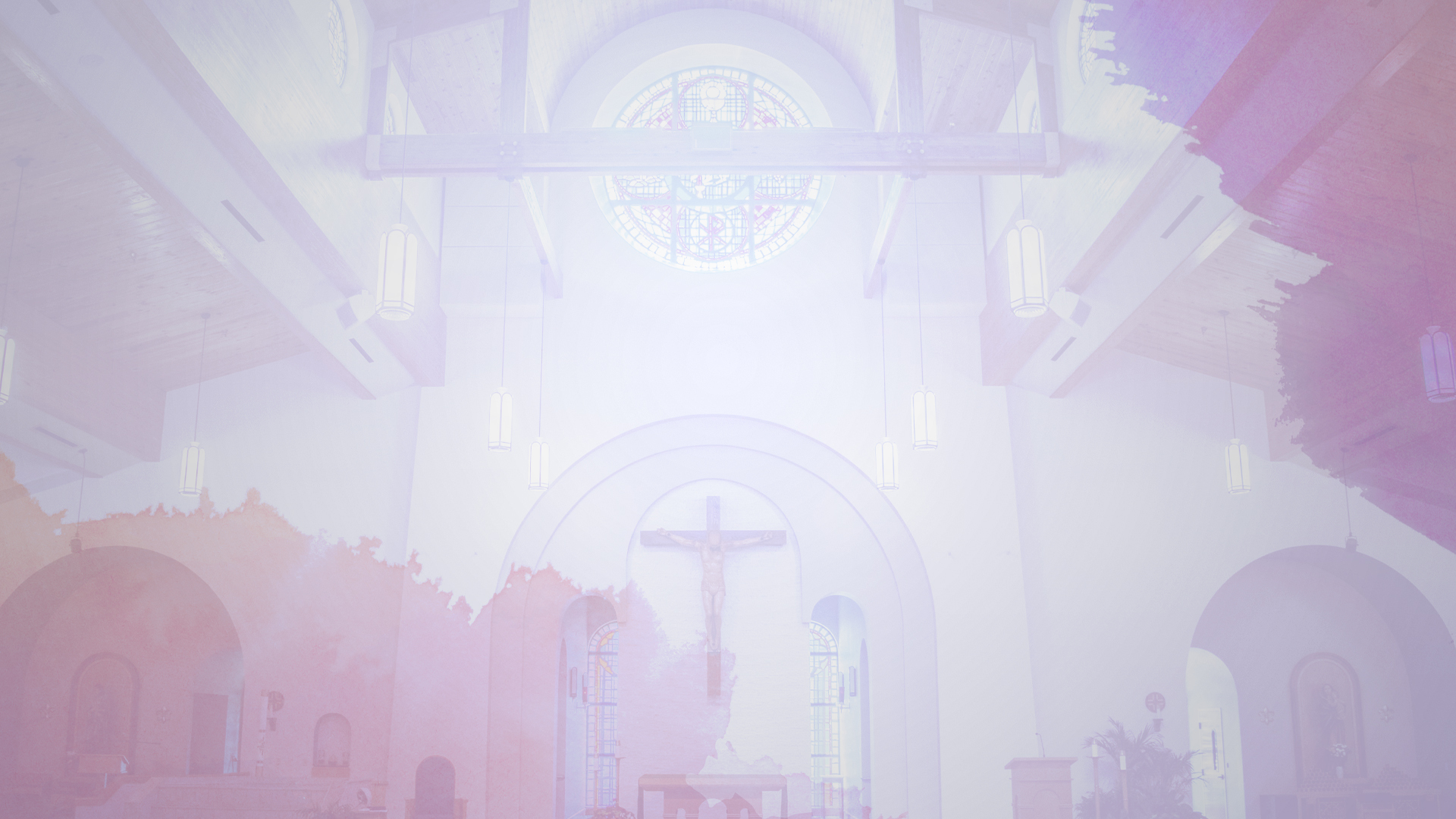 As early as 1910, Catholic families gathered at various homes in Minneola and Father Fox traveled from Orlando to Minneola, a day’s journey, to celebrate Mass in the homes of the Lynch, DyFrene and Frisz families. A temporary altar was set up in the various homes and when the service was complete, breakfast was served. For the next several years, Wilfred and Marie Frisz remained in the Clermont area and played a major role in the development of what was to become Blessed Sacrament Church. The Frisz family purchased a small bus and provided transportation to local Catholic families who wished to travel to Eustis or Fruitland Park for Sunday Mass.

Obviously a more permanent place of worship was needed and Mr. Charles Pool donated four lots on Lake Avenue in Clermont. Finally, in 1933, a mission church was constructed on this site. With the completion of a small, wooden frame church, 50 Catholic families could now have a more permanent house of worship. The first Mass was offered on Christmas Day, 1933.

The year 1961 brought great changes to the Catholic community in Clermont. Our “Mission” was elevated to the status of a “Parish” and the Reverend Hugh Keane was assigned as our first pastor. The following year, Fr. Keane began a fundraising campaign to build a new church on the Twelfth Street property which had been purchased by the Reverend Joseph Daly in 1956. In 1963, a new church was blessed on Twelfth Street. This second Church building is now known as Saint John Bosco Hall.

In 1969, the Reverend Fabian Gimeno became the second pastor and assumed the responsibilities of eliminating a large debt, dating back to 1963. When the debt was paid, the interior of the Twelfth Street Church was renovated, seating capacity was doubled, and new pews and stained-glass windows were added. Fr. Fabian also oversaw the construction of the rectory, the parish hall, the educational buildings and the church towers with the carillon. These buildings are still in use today, many for the same purpose. The rectory is now the parish offices.

In 1982, the Reverend Jose Mena became third pastor of Blessed Sacrament. In the 1980s, the church community was growing rapidly, and Fr. Mena realized the eventual need for yet a new and larger church. He began putting away funds for this purpose. Fr. Mena retired in 1994, and the Very Reverend Paige Blakely was appointed as an interim pastor until the Most Reverend Norbert Dorsey, third Bishop of Orlando, appointed the Reverend Andrew Wawrzycki as our fourth pastor. Fr. Andy continued planning for a new and larger church.

With the approval of the Diocesan Finance and Building Communities and the completion of a successful parish fund drive, construction on the present church began in 2000. With Fr. Andy’s retirement in 2001, Bishop Dorsey appointed the Reverend Christopher Hoffmann as fifth pastor in August of that year. On Dec. 7, 2001, Fr. Chris celebrated the first Mass in the new church on the Vigil of the Solemnity of the Immaculate Conception. The dream of thousands of people had finally been realized.

Following Fr. Chris’ transfer, the Reverend Mark Wegg was appointed as the sixth pastor in November 2003. Fr. Mark was assisted by Father Tito Rojas. When he was transferred he was followed by Fathers Cromwell Cabrisos and Raul Valdez. Growth was so great that in 2007, the parish community of Saint Faustina was broken off from the southern end of Blessed Sacrament parish in the area known as “4 Corners” with the Reverend Stephen Phillips appointed as its first and founding pastor.

In January 2008, the Very Reverend Robert Webster was appointed as the seventh pastor of Blessed Sacrament. Upon arrival, Fr. Bob was tasked with the physical construction of the Mission Church of Santo Toribio Romo in Mascotte which would serve the needs of the Catholic Community in the west part of our Catholic Community.

The first Mass celebrated in the Mission of Santo Toribio Romo occurred on Christmas Eve, 2008, 74 years to the day of which Blessed Sacrament became a Mission parish! This building was blessed by the Most Reverend Thomas Wenski, fourth Bishop of Orlando, February 15, 2009.